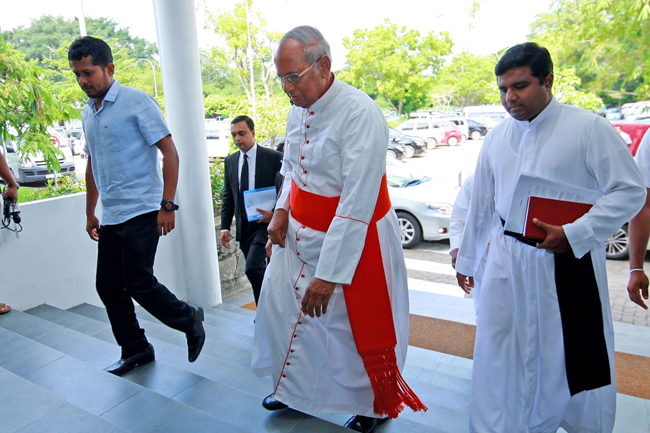 Cardinal at PCoI for day two of evidence recording

He will accordingly record his statement at the Commission’s office located at the BMICH premises.

Cardinal Ranjith recorded a four-hour-long statement with the Presidential Commission yesterday (06). Evidence recording in the open court commenced at around 2.30 p.m.