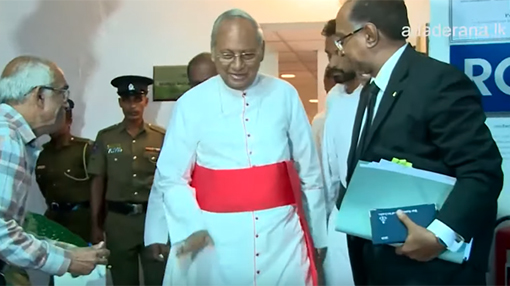 He arrived at the Commission’s office located at BMICH premises earlier today (07) for the 2nd day of evidence recording.

Reportedly, Cardinal Ranjith has recorded a nearly four-hour long statement with the Commission.