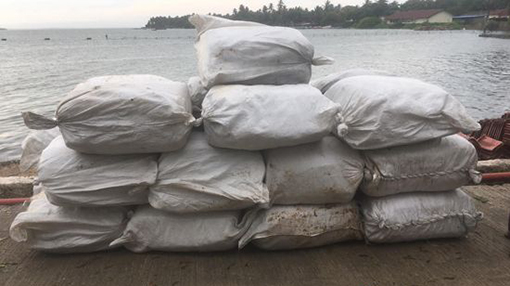 Navy arrests 9 persons with over 800kg of Beedi leaves

Naval personnel have seized 818kg of Beedi leaves on the coast of Kappaladdy, Kalpitiya.

Nine individuals were also arrested along with the haul that was busted yesterday (06), the Navy said.

Beedi leaves were discovered assorted in parcels and loaded on to two lorries, a cab and a van.

The suspects, who were identified as residents of Puttalam, Naula, Mathale, Kalpitiya, Thalawila and Galewela areas, are aged between 23 to 60 years.

The content, along with the suspects and vehicles have been handed over to customs office- Colombo for further investigations.

The Navy continues its efforts in foiling the attempts of smuggling across the sea and coastal areas around the island.