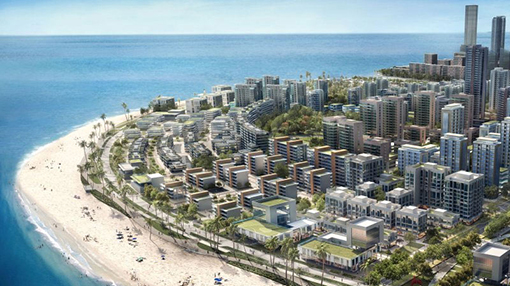 The 269 hectare of land of the Colombo Port City officially declared a part of Sri Lanka at an event graced by Prime Minister Mahinda Rajapaksa this evening (07).

The ceremony was followed by a massive fireworks display which lit-up the Colombo city skies, commemorating the landmark moment.

A commemorative stamp and first day cove was also issued in the presence of the Prime Minister Mahinda Rajapaksa and the Chinese Ambassador to Sri Lanka.

The project, funded by the Chinese government, was contracted to a Chinese company while it adds 269 hectares to the land of Sri Lanka as a valuable extension to the Colombo Central Business District.