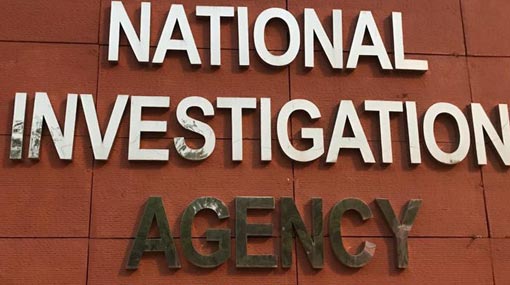 The National Investigation Agency of India, on Saturday, filed a charge sheet against two Islamic State operatives including the leader of the outfit’s Coimbatore module - Mohammed Azarudeen and his associate - Sheikh Hidayatullah, who were in touch with the April 21 Sri Lanka bombings mastermind - Zahran Hashim and were planning to carry out similar strikes in Kerala and Tamil Nadu.

NIA spokesperson Inspector General Alok Mittal said, “It has been established that Mohammed Azarudeen and Sheikh Hidayatullah had been propagating the violent extremist ideology of ISIS/ Daish since 2017 with the intention of recruiting their associates in Kerala and Tamil Nadu, into the proscribed organization for furthering its activities in India.”

“They organized several secret classes in their houses besides at other places in Coimbatore, in support of the ISIS/ Daish. They also followed the Sri Lankan ISIS/ Daish leader Zahran Hashim, over social media, while downloading and disseminating his speeches in support of violent jihad and ISIS/ Daish,” Mittal said.

“Hidayatullah was reportedly in touch with Zahran Hashim, who died in the suicide bombings, through a Facebook page “KhilafahGFX,” said an official who didn’t wish to be named.

The charge sheet has been filed in the NIA special court Ernakulam under charges of criminal conspiracy and terror charges.

After the Sri Lanka attacks, in which over 250 people were killed, the NIA had registered a suo-motu case on May 30 against six people from Coimbatore, Tamil Nadu.