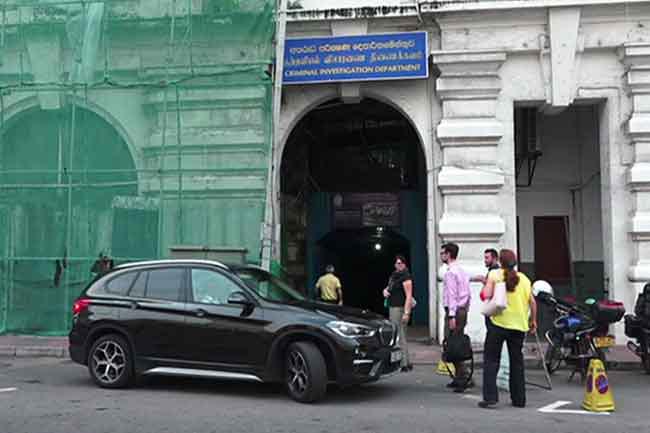 The Swiss Embassy staffer who was allegedly involved in an abduction case has recorded a statement with the Criminal Investigation Department (CID) today (08).

The relevant local staff member of the Embassy arrived at the CID on several vehicles bearing DPL (Diplomatic) signs at 5 pm this evening.

It was observed that an individual with their face covered was escorted into the CID premises while another female in a van entering the premises through another entrance of the CID.

It is reported that the relevant staffer has been directed to the Chief Judicial Medical Officer of Colombo for a medical report as well.

This was against the backdrop of a directive by the Colombo Chief Magistrate to ban the alleged victim from leaving the country until the 9th of December before recording a statement with the CID.

However, the Swiss government requested permission to fly the alleged victim and her family to Switzerland on an ambulance aircraft, citing health issues.