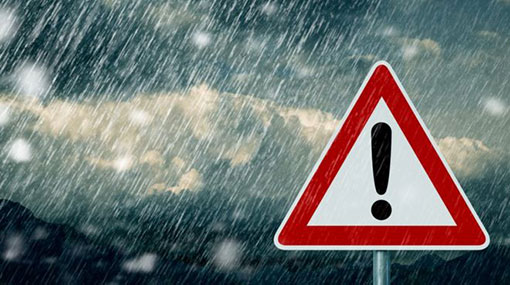 Very heavy rains expected in parts of the country

Due to a low level atmospheric disturbance in the southeast of Sri Lanka prevailing showery condition over the island particularly in the Eastern, Uva, North-Central and Northern provinces is likely to enhance, the Met. Department warns.

Heavy showers of about 100-150 mm are likely in the Anuradhapura, Mullaitivu, Kilinochchi, Vavuniya and Matale districts.

Fairly heavy showers of about 75-100 mm are likely in Galle, Kaluthara, Rathnapura, Kegalle and Hambanthota districts.

Fairly strong gusty winds up to 40-50 kmph can be expected in North-Western, Northern and North-Central provinces and in Hambanthota district.