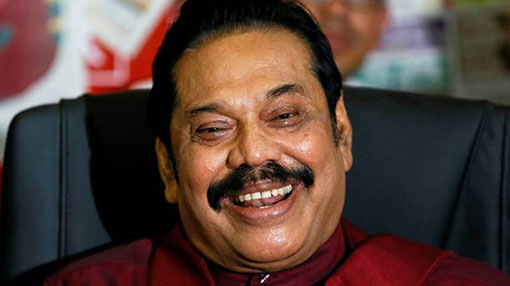 The two countries enjoy a strong, long-standing friendship, which has laid the foundation for practical cooperation, Rajapaksa, who assumed office on Nov. 21, told Xinhua in an interview during his visit to the Colombo Port City, a project jointly developed by the Sri Lankan government and China’s CHEC Port City Colombo Ltd.

Rajapaksa visited the project along with Chinese Ambassador to Sri Lanka Cheng Xueyuan and other government officials to officially declare the 269 hectares of land reclaimed from the sea for the project as part of the Colombo district.

He said that he did not believe that Sri Lanka’s engagement with the China-initiated Belt and Road Initiative amounted to a “debt-trap” as portrayed by some Western media.

“We are very confident that Sri Lanka can very clearly repay the loans for the Hambantota Port and other development projects. Today, the economy has collapsed but when we rebuild it, paying back loans won’t be a question,” Rajapaksa said.

“The President didn’t mean there is any problem about sovereignity. What the President meant was that our government, unlike the previous one, has a principle of not privatizing assets,” he said.

“If Sri Lanka and China have any problems, we can easily discuss and resolve them as friends,” Rajapaksa said.

The two countries will speed up the implementation of cooperation on big projects, including the Colombo Port City and the Hambantota Port, under the existing consensus, and on that basis draw up and promote a new blueprint for future cooperation, the statement said.