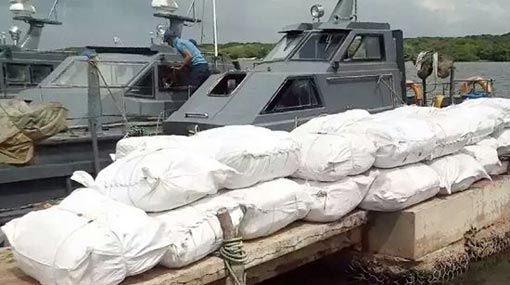 During a search conducted in the seas off Pesalai in Mannar, the Sri Lanka Navy has recovered a haul of Beedi leaves today (09).

A suspicious package drifting in the seas had been spotted during a patrol carried by the Navy in search of illegal activities at sea, stated the Sri Lanka Navy.

Upon search, 29 such parcels containing nearly 1448kg of Beedi leaves were recovered by the Navy.

It is believed that the drug traffickers might have left behind the package, in fear of continuous naval patrols.

The seized stock of Beedi leaves will be handed over to Jaffna customs for onward action.