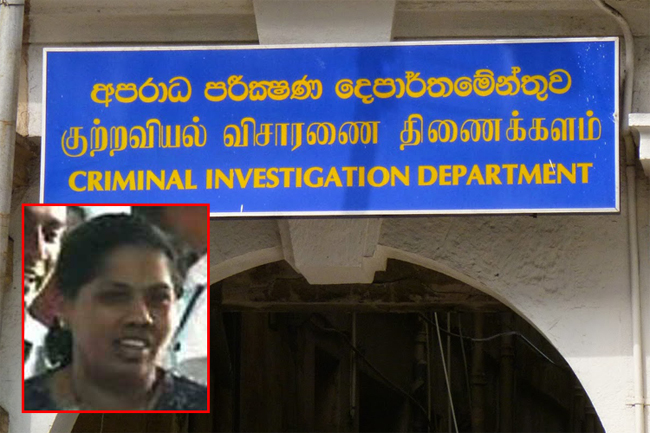 UPDATE (04:39 PM): The Swiss embassy worker, who is involved in the alleged abduction incident, has left the Judicial Medical Officer (JMO) of Colombo a short while ago, says Ada Derana reporter.

UPDATE (02:50 PM) : The Swiss embassy worker, who is involved in the alleged abduction incident, has been produced before the Judicial Medical Officer (JMO) of Colombo for a medial report, a short while ago.

The local Swiss embassy staffer, who was allegedly abducted and threatened by an unknown group of persons, has left the Criminal Investigation Department (CID) after giving a four-hour-long statement, says Ada Derana reporter.

She arrived at the CID premises earlier today (10) for the third day of statement recording.

On Sunday (08), the embassy worker in question, escorted by several officials of the Swiss Embassy and two lawyers, arrived at the CID for the first time to record a statement on the alleged incident which is said to have taken place in late November. She also recorded another statement with the CID last evening.

The purported victim has given nearly 5-hour-long statements to the CID yesterday and the day before.

In the meantime, the travel ban on the aforementioned local staffer at the Swiss Embassy has been extended until the 12th of December as per the order of the Colombo Chief Magistrate.

The Ministry of Foreign Relations had previously stated that the timeline of the alleged criminal incident against a local staff member of the Swiss Embassy, as presented by the Embassy, does not correspond with the actual movements of the alleged victim on the relevant date.

On the 25th of October, a Swiss website had quoted a local media report on the alleged incident in which a local staffer of the Swiss Embassy being kidnapped and threatened. The Foreign Ministry of Switzerland then issued a release on the incident stating that the local staffer in question was abducted by a group of unidentified persons.

As per the request made by the Swiss government from the Sri Lankan authorities to conduct a proper investigation on the incident, the CID soon launched its probes.