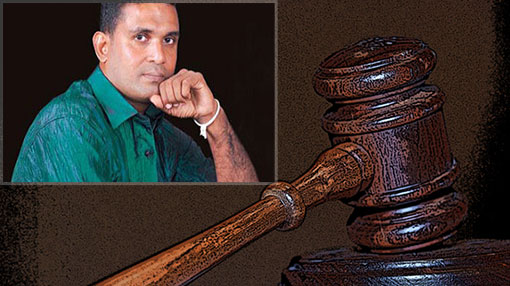 Former Sabaragamuwa Provincial Council member Hasitha Muhandiram alias ‘Sarpaya’, who was sentenced to death in connection with the murder of two individuals, has been ordered released by the Court of Appeal.

Appeals Court Judge Kumuduni Wickramasinghe today delivered the verdict in the appeal filed by the defendant challenging his sentencing.

The former UNP Provincial Councillor was sentenced to death by the Ratnapura High Court on charges of running over and killing two persons with his vehicle at Kalawana in 2009.

However, Hasitha Muhandiram had filed an appeal with the Court of Appeal stating that the manner in which the death penalty was imposed on him was unlawful and requesting the court to acquit and release him.

Delivering the verdict in the appeal today, the Appeals Court Judge stated that the verdict of the High Court finding the accused guilty was unlawful and therefore ordered his release.