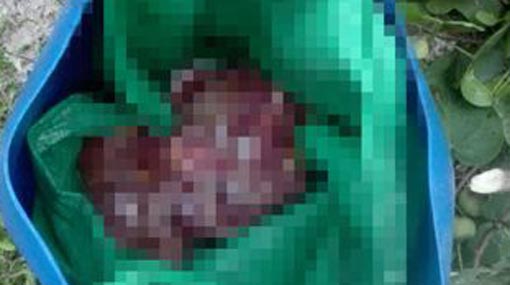 The Navy had reportedly spotted 02 suspicious motorbikes in the Pallikuda beach area, Chavakachcheri during a naval operation.
Upon inspection of the two motorbikes, 06 kg of sea turtle flesh has been found and a suspect in connection to the incident was also held at this location, stated Sri Lanka Navy.

The suspect has been identified as a resident of Chettiyarkulam, aged 20. The suspect along with sea turtle flesh was handed over to the Pooneryn Police for onward investigation.

The Navy has been conducting regular operations in which over 188kg of sea turtle flesh has been found in the year 2019. Further, 12 suspects have also been held for engaging in this racket and a number of live sea turtles held in captivity have been released by the Navy.