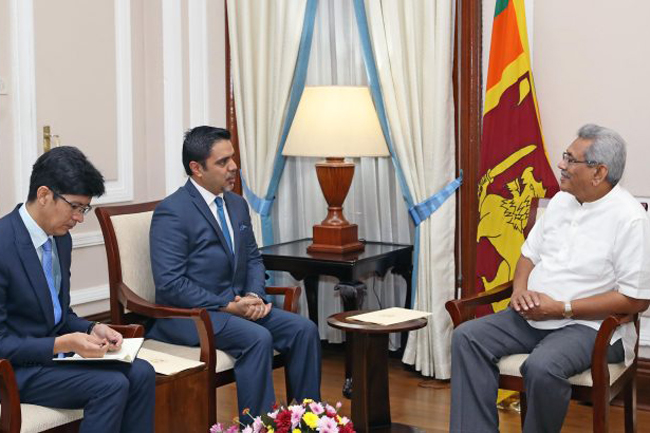 Ambassador of the Islamic Republic of Afghanistan to Sri Lanka M. Ashraf Haidari has called on President Gotabaya Rajapaksa.

The meeting took place at the Presidential Secretariat, today (12), according to the President’s Media Division (PMD).

The Ambassador has extended his sincere congratulations to the President on behalf of the Afghan government.

President Rajapaksa and Afghan Ambassador have discussed at length on further strengthen bilateral relations between the two countries.