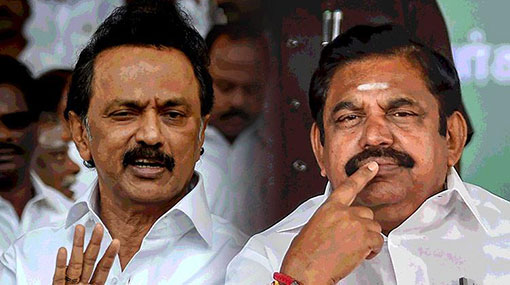 Minutes after the AIADMK voted in support of the controversial Citizenship (Amendment) Bill in India’s Rajya Sabha on Wednesday, the DMK slammed the ruling party of Tamil Nadu.

DMK chief MK Stalin took to social media to say that it was a direct assault on secularism, equality and fraternity - principles which are essential to any democracy.

He further stated that the AIADMK stands completely exposed for its decision to support this immoral legislation.

The Bill which passed in the Lok Sabha on Monday, guarantees a path to citizenship for persecuted minorities including Hindus, Sikhs, Buddhists, Jains, Parsis and Christians from Afghanistan, Pakistan and Bangladesh. It however leaves out Muslims, thus making religion a basis for citizenship.

TN opposition parties including DMK, VCK and the state Congress had opposed the Bill and alleged that it violated tenets of the Constitution.

There are 11 AIADMK MPs in the Rajya Sabha and they assured the government their support. Their request however was that India’s Home Minister Amit Shah include Sri Lankan Tamils and Muslims within its ambit.

In a statement on social media, in response to the AIADMK’s actions, the DMK chief condemned the vote in support and said that the party has betrayed Sri Lankan Tamils. He further alleged that the AIADMK, in an effort to stay in power and continue ‘looting’ the state, has blindly supported the BJP in every aspect, despite the Centre letting the economy fall into despair and running a government based on religious fanaticism.

Stalin stated that the AIADMK’s agreement to support the bill despite acknowledging that it was discriminatory exposed them.

“If you are going to agree to everything the BJP says, then why do you need a separate party? And why include Anna’s name in it?” asked Stalin. “The AIADMK which has for its own benefit, made an alliance with BJP that does not want communal harmony, can no longer talk about support for Sri Lankan Tamils or about welfare of minorities,” he added.

In Parliament, DMK MP Tiruchy Siva had moved an amendment to include Sri Lankan Tamils and Muslims in the bill, but it was defeated.