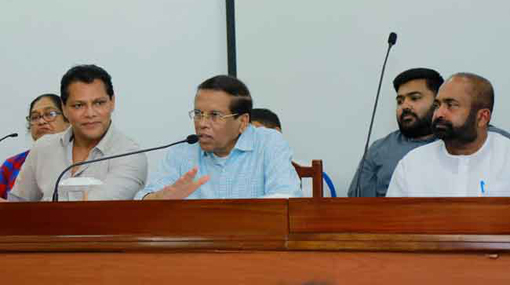 He made this remark addressing a meeting with the party’s electoral organizers in Northern and Eastern provinces yesterday (12).

The former President said the SFLP must support President Gotabaya Rajapaksa to form a strong new government in the future.

Speaking further, he said the party’s electoral organizers shoulder a greater responsibility in winning the confidence of the people in the north and east, and securing the votes of Muslim and Tamil people for the new government.