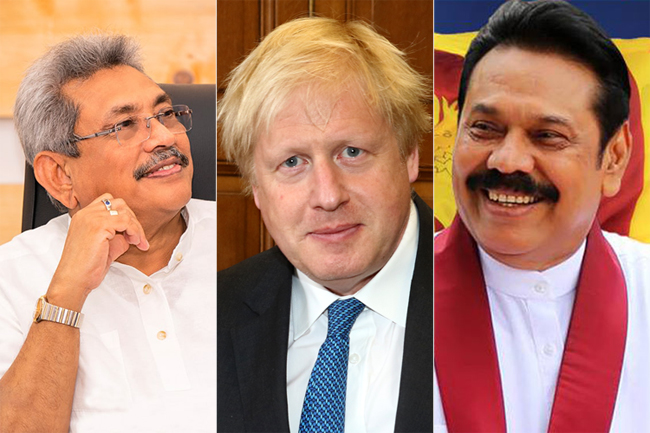 President Gotabaya Rajapaksa has extended his congratulatory wishes to Prime Minister of the United Kingdom, Boris Johnson, and the Conservative Party on bagging the General Election victory.

“His decisive leadership no doubt led to this victory,” PM Rajapaksa said.

The United Kingdom Britain went to the polls on Thursday (12) to determine the immediate future of Brexit, in a vote described as the most important in a generation. UK Prime Minister Boris Johnson led his Conservative Party to score one of the country’s most dramatic electoral victories in decades.

It came as a crushing defeat for the opposition Labour Party, whose leader, Jeremy Corbyn, said he would step down after a “process of reflection.”

I wish to congratulate @BorisJohnson and the @Conservatives on their landslide win at the General Elections. Their victory reflects the global trend of pro-nationalist governments. I wish the new Prime Minister, the Government and the people of #UnitedKingdom the very best pic.twitter.com/Sa5Vns3DVP

I congratulate the Conservative party and @BorisJohnson for the resounding victory in the #UKElections2019. His decisive leadership no doubt led to this victory. I wish him the very best for his tenure as Prime Minister.