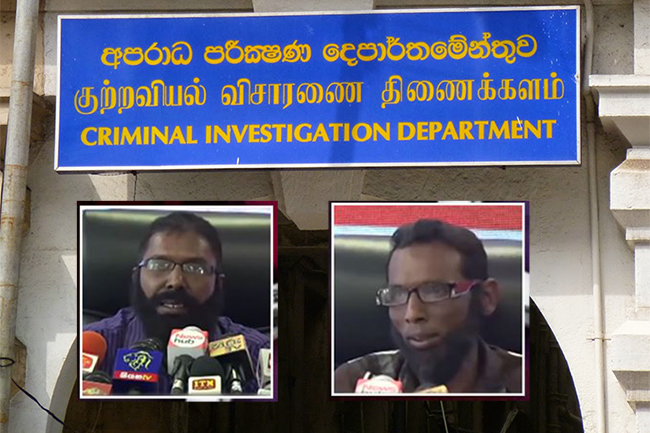 Two persons who made white van allegations detained for questioning

The Criminal Investigation Department (CID) today decided to detain the two individuals who had made controversial statements regarding “white vans” during a media briefing led by former Health Minister Rajitha Senaratne.

The two suspects will accordingly be detained for 72 hours for further interrogation.

It was also reported that they are to be produced before courts on coming Monday (16).

These two suspects were arrested by the CID last night (13) at Mahara area.

On December 02, the CID presented submission to the Colombo Chief Magistrate Lanka Jayaratne regarding the said media briefing. Considering a request made by the CID, the chief magistrate had ordered several media institutions to submit the unedited video footage from this press conference to the investigators for onward probes.