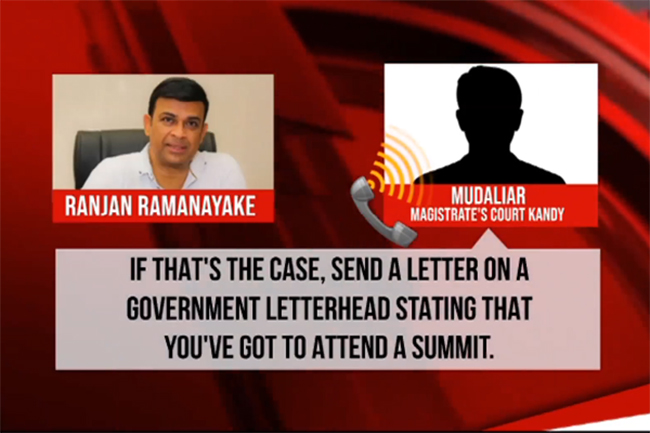 Another controversial recording in the series of tapes containing the controversial telephone conversations between MP Ranjan Ramanayake and several other influential figures came to light today (13).

This conversation takes place with the judicial interpreter of Kandy Magistrate’s Court.

Releasing the audio tapes, the ‘Sinhale’ organization filed yet another complaint with the Judicial Service Commission, seeking a comprehensive investigation into the involvement of judicial authorities in this matter.