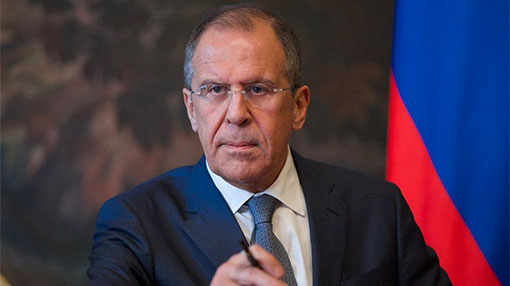 Russia will assist Sri Lanka, which is seeking ways to consolidate its regional position through balanced diplomacy and attracting foreign investments, to improve its defense capacity, Russian Foreign Minister  Sergey Lavrov said in Colombo on Tuesday.

Lavrov arrived in Sri Lanka on Tuesday on a two-day official visit and is accompanied by a 42-member delegation.

“We have been providing Sri Lanka cooperation in defense and we will continue to do so,” Lavrov, who had served in Sri Lanka as a Russian diplomat in the past, told reporters when asked on the level of cooperation with Sri Lanka.

“Sri Lankan military will be assisted to improve its defense capacity,” he said.

Lavrov’s visit is expected to lead to the third meeting of the Russian-Sri Lankan intergovernmental commission on trade and economic cooperation to be held in Moscow in the second half of the year.

Lavrov plans to discuss the current state of Russian-Sri Lankan relations, the prospects for promoting political dialogue, the development of cooperation in trade, economic, humanitarian and other fields, as well as consider expanding the bilateral legal framework, the Russian Foreign Ministry said.

Following his Sri Lanka visit, Lavrov will visit India to take part in the Raisina Dialogue in New Delhi from January 14-16.

All visits are expected to be geostrategic and economic relations based, Sri Lankan foreign ministry officials said.

The new administration of President Gotabaya Rajapaksa is seeking ways to consolidate its regional position through balanced diplomacy with the wider objective of attracting foreign investments, officials said.

The President has postponed his visit to China while his brother and Prime Minister Mahinda Rajapaksa has announced his plan to make an official visit to India next month.

Gotabaya Rajapaksa chose New Delhi for his first overseas visit after becoming the president in November.

According to officials, the president stressed on the need for the Japanese to invest in Sri Lanka during his meeting with Yamamoto.

The local media said that during Wang’s talks in Colombo, the bilateral relations including top level exchange visits, economic cooperation under the Belt and Road Initiative, education and security would be discussed.

Wang is believed to announce a fresh concessionary long-term loan of USD 1 billion as well as China’s agreement to reschedule commercial loans that Sri Lanka owes to Beijing. -Agencies

🇷🇺🇱🇰 Sergey Lavrov: Russia has always had warm feelings towards Sri Lanka and has supported its striving to uphold its national interests by means of an independent policy based on international law. https://t.co/o9Sx09VTct #Russia #Lavrov #SriLanka #Diplomacy @MFA_SriLanka pic.twitter.com/1ecbwKj8uH