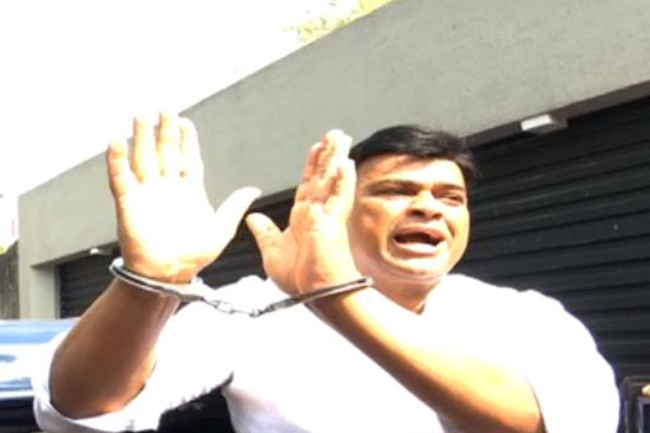 UPDATE (03:16 PM): The Prisons Commissioner has been ordered by the court to produce MP Ranjan Ramanayake before the Government’s Analyst for a voice test on the 23rd of January, says Ada Derana reporter.

UNP MP Ranjan Ramanayake, who was arrested over the recordings of controversial telephone conversations, has been remanded until the 29th of January.

He was produced before Nugegoda magistrate by the officers of Colombo Crimes Division (CCD) this afternoon (15).

On a warrant issued by the Nugegoda Magistrate, MP Ramanayake was arrested at his residence in Madiwela and brought to the Colombo Crimes Division (CCD) at 6.15 pm yesterday.

It is reported that he was placed under arrest over the offences committed in terms of Article 111C (2) of the Constitution, for interference with the functions of judges.

This move came as the recordings of controversial telephone conversations that the parliamentarian has had with many influential and well-known figures came to light a few days ago.