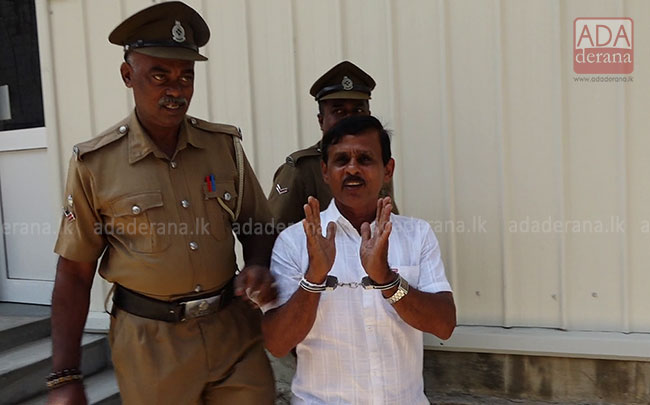 Former Chairman of the Akuressa Pradeshiya Sabha, Saruwa Liyanage Sunil, has been sentenced to 15 years rigorous imprisonment by the Colombo High Court, over the rape of an underage girl in 2012.

He was arrested by the Children and Women Bureau of Matara Police in July 2012 in connection with allegations of molesting a 14-year-old girl.

The sentence was delivered today (17) by Colombo High Court Judge Adithya Patabendi, who also ordered the accused to pay a fine of Rs 25,000 as well as Rs 250,000 in compensation to the victim.

Delivering the sentence, the High Court Judge stated that it is a serious situation that the people’s representatives are engaging in such acts and that this would lead to the people losing faith in democracy.

The Attorney General had filed the case against the former PS chairman on charges of sexually molesting a 14-year-old girl between the period from May 23 to June 02, 2012.

Following a long trial, the court declared that the charges leveled against the accused have been proven beyond a reasonable doubt and sentenced to 15 years RI.