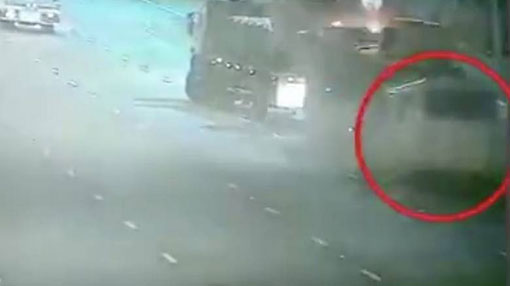 At least one Sri Lankan national was killed while several other Sri Lankans are among the injured in a fatal bus crash in Abu Dhabi, UAE.

“Out of the 19 injured, majority are from Nepal. Also there are a few people from Sri Lanka and Uganda,” social worker M.M. Nasar Kanhangad, who is following the case told UAE media.

An official from the Sri Lankan Embassy said the people inside the bus were all staff of a cleaning service company, The Khaleej Times reported.

Officials of various embassies are at the spot trying to gather details about the three unidentified bodies.

“We are coordinating with police, hospital and mortuary for updates about the unidentified and those who are injured,” an official from Sri Lankan Embassy was quoted as saying.

A partial list of the nationalities of the victims of the Abu Dhabi bus crash was released on Thursday evening.

According to a social worker who is following the case, “there are five women and a man.”

Nationalities of dead are one Nepali, Sri Lankan and the Pakistani driver. Three remain unidentified, the social worker said.

“Out of the 19 injured, majority are from Nepal. There are also a few people from Sri Lanka and Uganda,” he added.

Six people were killed and 19 others injured after a bus rammed into a lorry in Abu Dhabi earlier on Thursday.

According to the police, the crash had resulted from the errant driver of a car, who was driving recklessly in front of a truck. He slowed down to take an exit on the road, which confused the lorry driver who was forced to apply sudden break. Another lorry that was travelling behind it managed to stop in time to avoid a crash and then turned on its hazard lights.

The police said excessive speed and the failure of the bus driver to take into account the road conditions also led to the collision. -Agencies