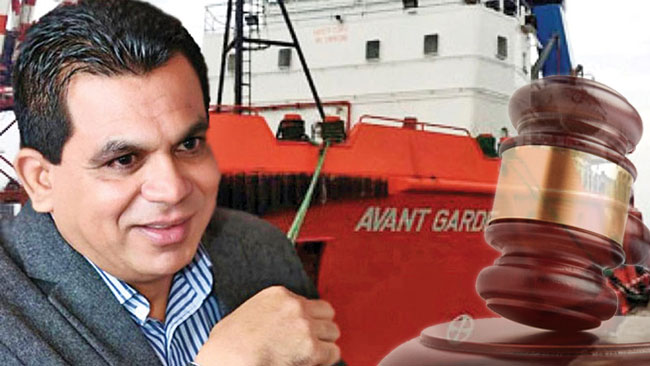 Five accused in the Avant-Garde floating armoury case have been released from the case by the Permanent High Court-at-Bar.

This was due to the fact that only 19 out of the 7,573 total charges filed can be carried forward, the court declared.

Meanwhile the court also granted bail to the former Chairman of Avant-Garde, Nissanka Senadhipathi, who was arrested at the BIA on October 17, 2019 upon returning to the country.

Senadhipathi, who is the seventh defendant in the case, was ordered released on a cash bail of Rs 500,000 and two personal bonds of Rs 2.5 million each.

He was also ordered to handover his passport to the court, Ada Derana reporter said.

The case filed by the Attorney General’s Department over the illegal possession of firearms and ammunition inside the M.V. Avant Garde vessel anchored off the Hikkaduwa coast near the Galle Harbour, without a proper license, was taken up before the court today.

An indictment comprising 7,573 charges had been filed against the defendants of the case.