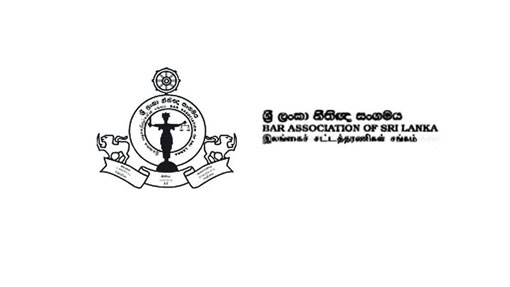 The Bar Association of Sri Lanka (BASL) on Friday requested the members of the legal profession to refrain from making any statements relating to any pending or concluded cases or individual Judges.

Issuing a statement in relation to the recent media storm concerning the judiciary, the BASL said its attention has been invited to several statements made by members of the legal profession on certain issues pertaining to the Judiciary.

“It appears that references have been made regarding pending cases, concluded cases and to names of certain individual Judges.”

“We are also mindful of the fact that individual incidents cannot be permitted to be used to attack the entire Judiciary. The Judiciary is an extremely important institution for the protection of individual liberties and upholding the Rule of Law,” the release said.

BASL said they have brought to the notice of the Chief Justice and the members of the Judicial Services Commission the importance of acting swiftly and the need to make decisions on an urgent basis to address the issues that have been highlighted.

“We are confident that His Lordship the Chief Justice and the JSC will take appropriate steps regarding the individual Judicial Officers in accordance with the process identified by Law and the Constitutional provisions,” the statement, signed by BASL President Kalinga Indatissa, said.

“Immediate attention in this regard is extremely important so that the Judicial Officers who are truly independent and who have exercised their duty fearlessly and without any kind of influence are protected. We have stressed the importance of this need to take immediate decisions,” he said.

BASL said that while they expect the Chief Justice and the JSC to act in a swift and an urgent basis, it is equally important that the members of the legal profession are cautious in making public statements.

“The BASL wishes to request the members of the profession to refrain from making any statements relating to any pending or concluded cases or individual Judges.”

“If any member of the profession has any grievance relating to the judicial independence of a judicial officer, we request them to make their grievances addressed to us or the JSC.”