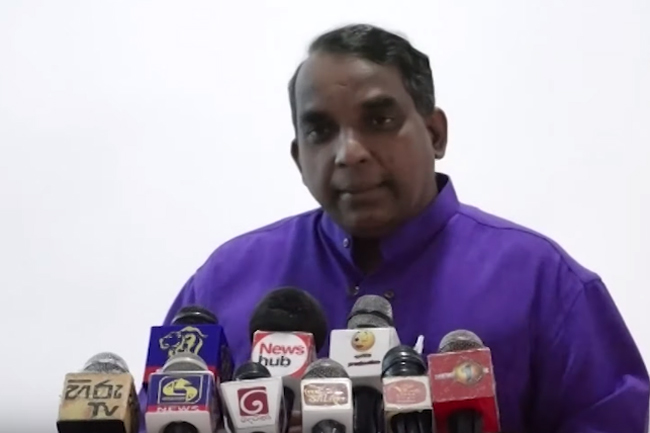 The collapse of social institutions has been brought to light as the controversial telephone conversation recordings were of MP Ranjan Ramanayake were disclosed, says the Executive Director of People’s Action for Free and Fair Elections (PAFFREL) Rohana Hettiarachchi.

Addressing an event held in Kandy yesterday (17), Mr. Hettiarachchi said, this incident has specifically highlighted the fall of the country’s judiciary.

Speaking further he pointed out that the collapse of social institutions is detrimental to the country.

A dialogue on public representatives can also be kicked off owing to this incident, he added.