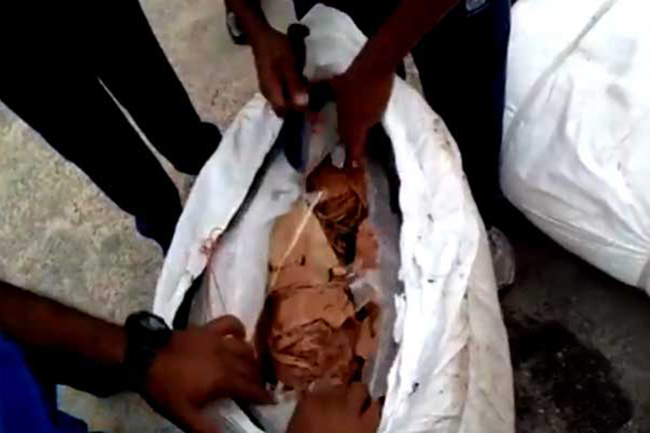 Navy seizes over 1060kg of Beedi leaves from Jaffna

Naval personnel have seized two Dinghy boats and more than1060kg of Beedi leaves during a search operation in the sea area in Karainagar, Jaffna today (18).

The Northern Naval Command was carrying out a search in the sea area in Karainagar today, when they spotted two suspicious Dinghy boats close to a nearby jetty.

Upon inspecting the Dinghy boats, the naval personnel have managed to seize a haul of Beedi leaves weighing over 1060kg. They suspect that the persons involved in this had abandoned the haul upon learning about the ongoing search.

Seized Beedi leaves and the two Dinghy boats have been handed over to the Customs office in Tellippalai, Jaffna for further investigations.