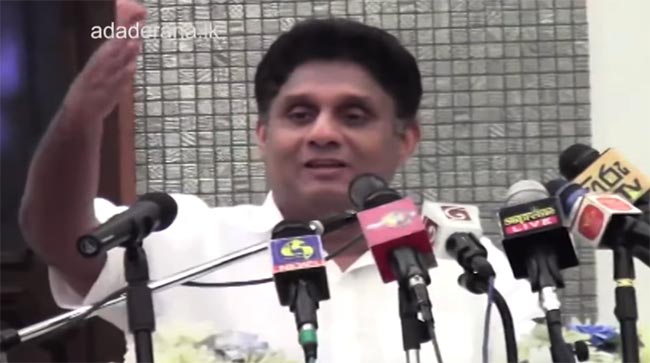 Sajith ready to fight until govt. fulfills its promises

Leader of the Opposition Sajith Premadasa says he is prepared to fight as a progressive opposition until the promises given to the people at the Presidential Election.

He mentioned expressed these views at a public rally held in Biyagama.

He said: “‘There is no need for talks anymore. On February 4th, the Independence Day, both government and the Opposition should get together and tear apart these MCC, ACSA and SOFA agreements.

We must respect the public mandate. Let’s see if the government has a spine.

We aren’t a hypocritical Opposition. The Opposition will struggle democratically to implement the promises made to the people.”

Premadasa further said that they have no intention of remaining as the Opposition for long.