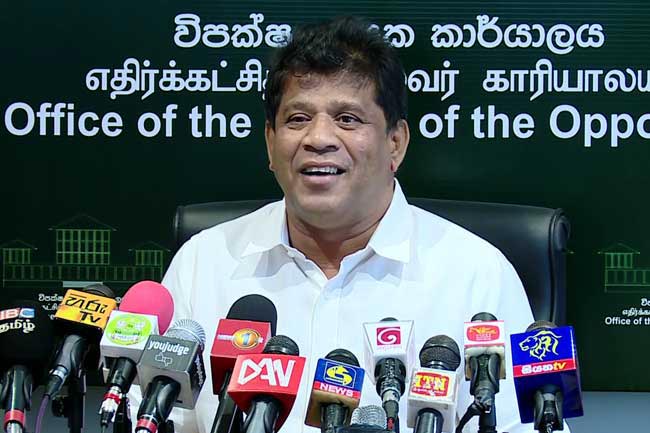 The MP mentioned this speaking at a media briefing held at the office of the Opposition Leader today (19).

The United National Party will not be divided under any reason and the Opposition Leader Premadasa has assured that he will not allow that to happen, said Mannapperuma.