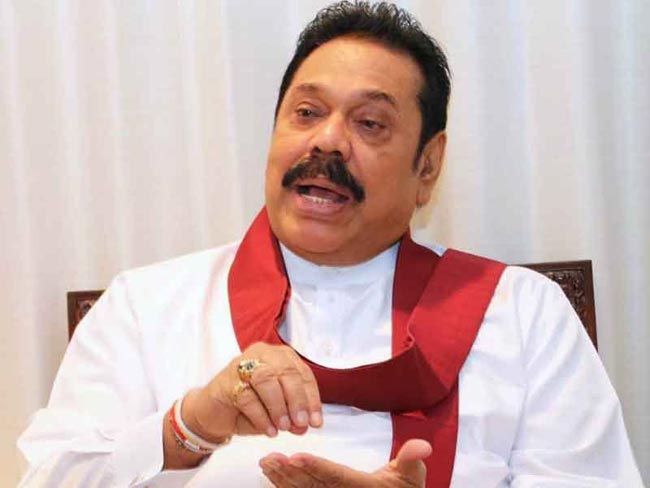 PM on difference between UNP and SLPP governments

The difference between a Sri Lanka Podujana Peramuna (SLPP) government and a United National Party (UNP) government, according to Prime Minister Mahinda Rajapaksa, is that the SLPP-led government will not sign any agreement that is inimical to the interests of this country.

Issuing a press release on the controversial Millennium Challenges Corporation (MCC) agreement, Premier Mahinda Rajapaksa pointed out that the UNP parliamentarians who supported the signing of the MCC two months ago are now declaring that these agreements should be ‘torn up’.

“One can form a fair idea of the present Opposition Leader’s political morality by what he is now saying about the MCC pact in the belief that the people have forgotten what the UNP was trying to do just two months ago”, said Rajapaksa.

Politics should have some basic ethical and moral standards, he added.

He further said that the government will inform the Cabinet and the people on the course of action they would be taking on the agreement considering the recommendations by the Committee appointed by the President to study the deal.

“The fork-tongued stance of the UNP on the MCC pact

We hear the newly-appointed Opposition Leader and other Parliamentarians of the UNP making frequent references to the controversial MCC pact. The Opposition Leader states on the public platform that the MCC pact should be torn up and that he will not allow the present government to implement it. Last week, the UNP Opposition Leader was even seen telling the Most Venerable Mahanayaka Theras that the MCC pact should be torn up. Other MPs of the UNP have been making similar statements. I have been listening to all this with amazement. Just weeks ago, the present Opposition Leader was a leading member of the UNP Cabinet in his capacity as the Deputy Leader of the UNP. With only a matter of days to the Presidential election, the UNP Cabinet officially decided to sign the MCC pact. The UNP Prime Minister told the media that this pact would be signed before the Presidential election.

On that occasion, I as the then Opposition Leader issued a written statement telling the UNP government that they should not under any circumstances sign that agreement without informing Parliament and the general public about its contents. I also pointed out to them that it was unethical and unacceptable to hastily sign an agreement with another country with just days to go to the Presidential election. My stand was that the decision whether to sign the MCC pact or not should be left to whoever obtains the people’s mandate at the Presidential election. The present Opposition Leader who was then the Deputy Leader of the UNP and a key member of the UNP Cabinet remained completely silent about the MCC pact that was being promoted by his own government. He did not make any mention of it even during the Presidential election campaign.

Yet we now see him going around the country telling the new government how they should handle the MCC issue. Politics should have some basic ethical and moral standards. When the UNP government was arbitrarily trying to sign this pact in haste with just days to go to the Presidential election, the Ven. Ududumbara Kashyapa Thera had to stage a protest fast to put a stop to it. Powerful members of the present Opposition Leader’s faction in the UNP such as former Finance Minister Mangala Samaraweera were also in favor of signing the MCC pact as quickly as possible. Both factions of the UNP had an identical policy with regard to the MCC pact.

One can form a fair idea of the present Opposition Leader’s political morality by what he is now saying about the MCC pact in the belief that the people have forgotten what the UNP was trying to do just two months ago. The President has appointed a committee to study the contents of the MCC pact that the UNP Cabinet approved last October. Once the findings of this Committee are available, we will inform Parliament and the general public about the course of action we intend taking with regard to this matter. Under no circumstances will our government sign any agreement with a foreign country without informing the Parliament and the people. Furthermore, our government will not sign any agreement that is inimical to the interests of this country. That is the difference between the UNP and its allies on the one hand and the Sri Lanka Podujana Peramuna led government on the other.”