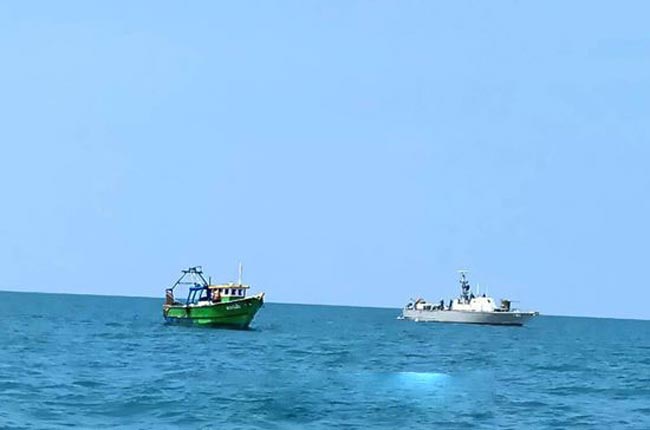 Sri Lanka Navy on Sunday detained four Indian fishermen while they were fishing in the high seas North of the Delft Island.

Reportedly, the fishermen were violating the International Maritime Boundary Line (IMBL) and fishing in the exclusive economic zone of Sri Lanka.