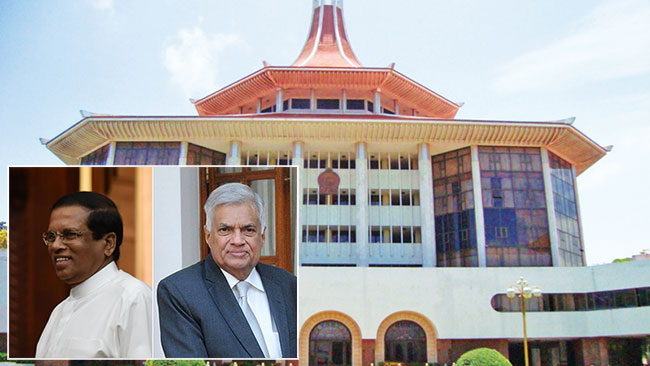 The FR petitions were filed over the failure to prevent the coordinated terror attacks on churches and hotels which claimed the lives of hundreds on the 21st of April, despite the receipt of intelligence information, which they allege infringes the fundamental rights of the people.

Accordingly two private attorneys appeared before the court today on behalf of the former President and the former Prime Minister.