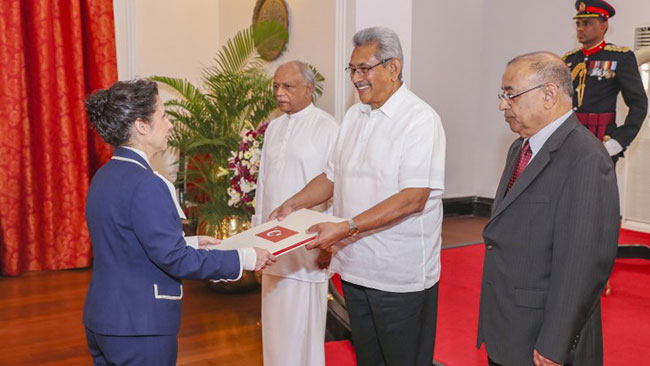 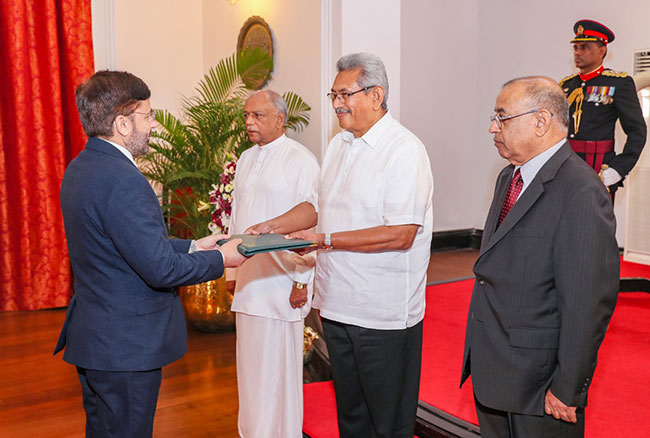 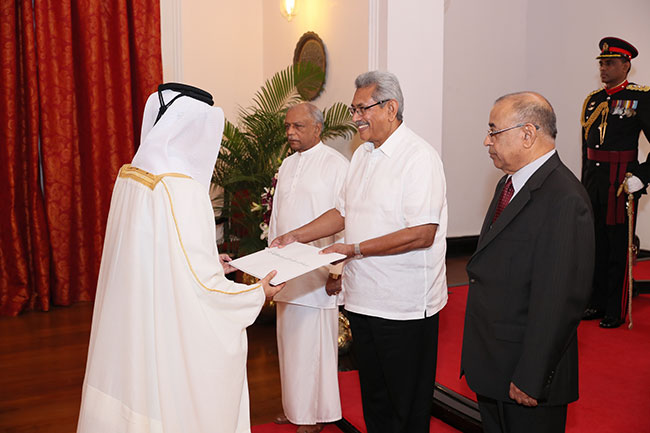 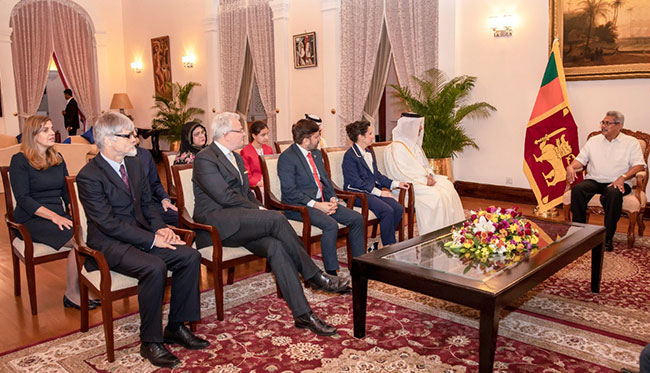 Four new ambassadors along with a new High Commissioner concurrently accredited to Sri Lanka presented their credentials to President Gotabaya Rajapaksa at the President’s House  in Colombo today (20).

After the presentation ceremony, welcoming the delegates the President spoke of strengthening bilateral relations and expanding on areas of common interests such as education, development, technology and agriculture.

The new diplomats also expressed their commitment to uphold the long ties their countries had had with Sri Lanka and work with Sri Lanka to develop on the common interests as mentioned by President, the PMD said.

The envoys who presented their credentials today are:

Dr. Marjan Cencen
Ambassador- designate of the Republic of Slovenia