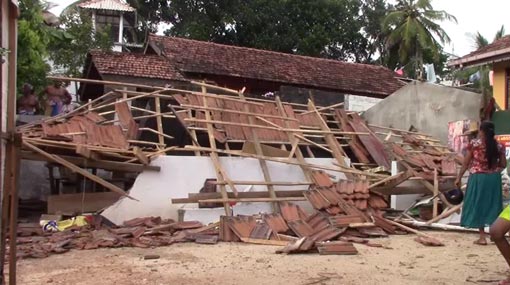 Eight students have been injured after the roof of a tuition class in Amabalangoda collapses in, stated Ada Derana reporter.

Reportedly, the incident had occurred at around 2.30 pm this afternoon (20).

The injured students have been admitted to Balapitiya Base Hospital for treatment. However, their condition is not critical, according to hospital sources.

Ambalangoda Police is conducting further investigations into the incident.