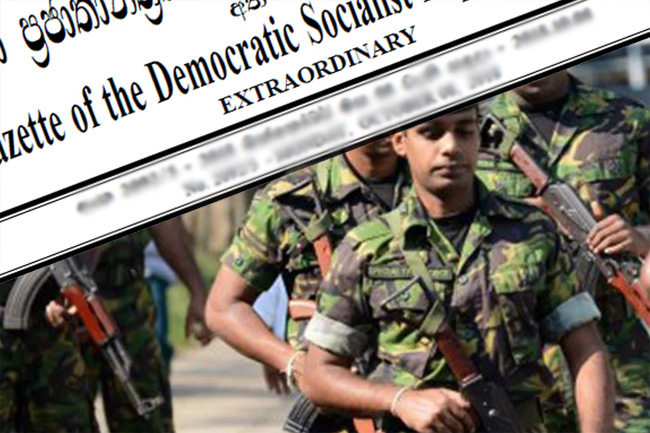 The Gazette Extraordinary has been issued calling upon the armed forces to maintain public order across the country with effect from today (22).

President Gotabaya Rajapaksa issued the gazette notification on Monday by virtue of the powers vested in him by Section 12 of the Public Security Ordinance (Chapter 40).

This gazette notification was first issued in August last year by former President Maithripala Sirisena and it was reissued every month ever since.