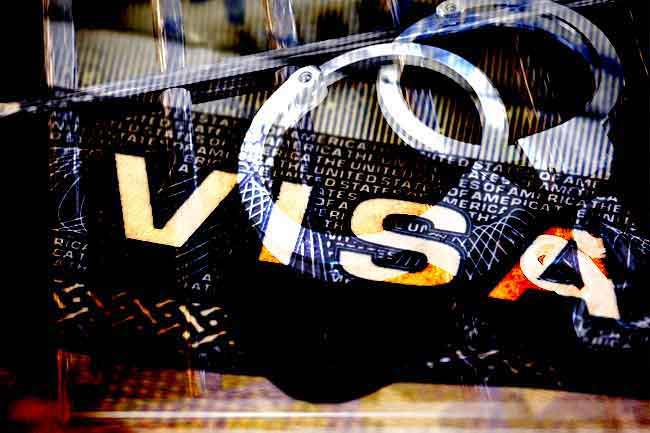 Five Uzbekistanis and a Saudi Arabian arrested over visa violations

Officials of the Department of Immigration and Emigration have arrested five foreign nationals over remaining in the country violating immigration emigration laws.

Five females from Uzbekistan have been arrested at two tourist hotels in Wellawatte and Bambalapitiya in this manner.

Reportedly, the arrestees, aged between 25 to 35 years, had been remaining in the country under tourist visa.

The suspects were detained at the Mirihana Detention Center, stated the Immigration and Emigration Department.

Meanwhile, a Saudi Arabian has been arrested at Kollupitiya over illegally remaining in the country.

The suspect will be presented before the Fort Magistrate’s Court today (22).