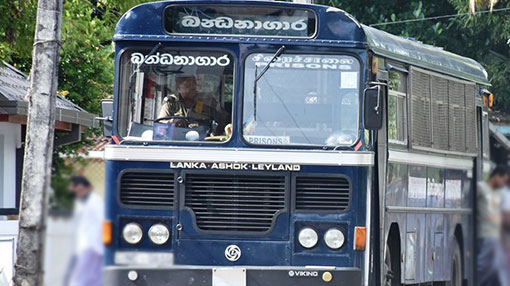 At least 12 persons including prison guards and inmates have been wounded and hospitalised following an accident involving a prison bus this morning at Kaluwilapathana in Ambanpola.

The prison bus, which was transporting a group of suspects from Galgamuwa Court to Mahawa Prison, had crashed into the back of a lorry which had reversed into the main road from a byroad. The bus had then hit a mound of earth and toppled on the road.

The accident had occurred at around 11.30 a.m. today (23) while the driver of the bus, two prison guards and 9 suspects in remand custody were injured in the accident and admitted to Galgamuwa Hospital.

The lorry and the driver of the lorry have been taken into custody while the latter is to be produced at the Mahawa Magistrate’s Court tomorrow (24).