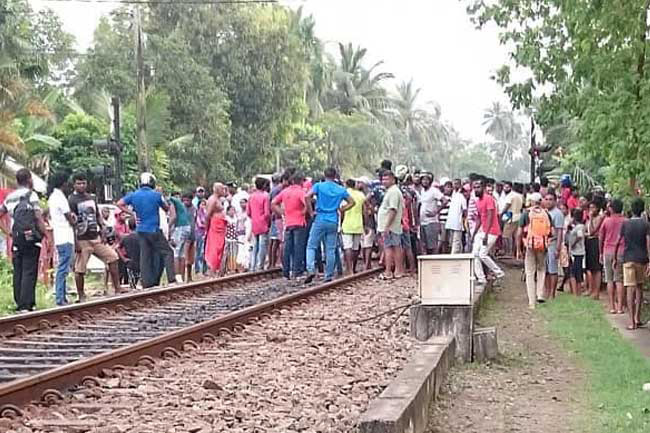 Motorcyclist killed by train at Aluthgama

A motorcyclist has died after being hit by a train near the level-crossing near Poorwarama Temple in Aluthgama.

According to the police the accident had taken place at around 3.45 pm last evening (23).

A motorcyclist and a pillion rider were hospitalized after they sustained critical injuries in a crash with Beliatta-bound ‘Galu Kumari’ express train which had set off from Colombo.

The motorcyclist had succumbed to injuries afterwards.

The deceased is a 16-year-old from Pareigama area.

The remains of the deceased motorcyclist are placed at the General Hospital Nagoda and Aluthgama Police is conducting further investigations into the incident.