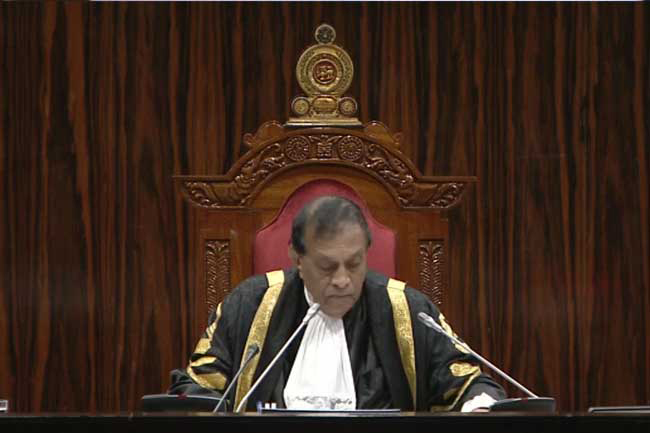 UNP MP Ranjan Ramanayake has not handed over any recordings of the telephone conversations to the Parliament.

Speaker of Parliament Karu Jayasuriya mentioned this during the parliamentary session today (24).

Causing controversy, a series of phone conversations that MP Ramanayake has had with high-profile government officers, politicians and well-known figures in the country came to light recently following his arrest.