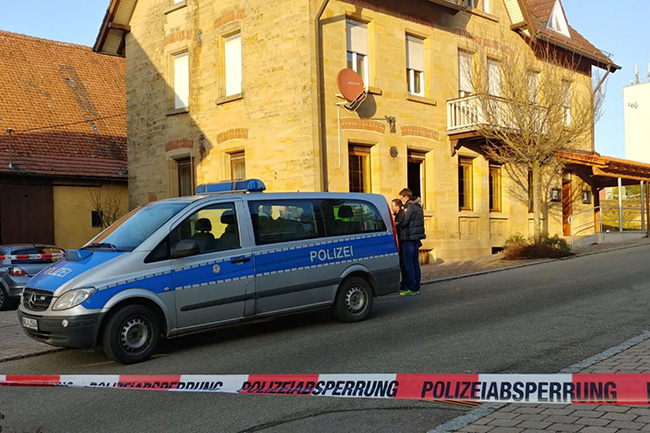 Six people have been killed and several were injured in a shooting in the southwestern German town of Rot am See, police said Friday.

A suspect has been arrested and no further suspects are believed to be at large, Aalen police said.

“According to my information, there were six dead and several injured,” police spokesman Rudolf Biehlmaier told German broadcaster n-tv.

“We are working on the assumption that this was a single attacker,” he said.

Mr Biehlmaier said the initial information suggested the suspect, a German citizen, and one or more of the victims knew each other.

Some of the victims belonged to the same family, he added.

Mass shootings are a comparatively rare occurrence in Germany, although in October a far-right attacker shot two people dead in eastern city Halle after trying to get into a packed synagogue with home-made weapons.

In July 2016, a teenager used a pistol bought illegally online to kill nine people in a shooting spree at a Munich shopping centre, before turning the weapon on himself.