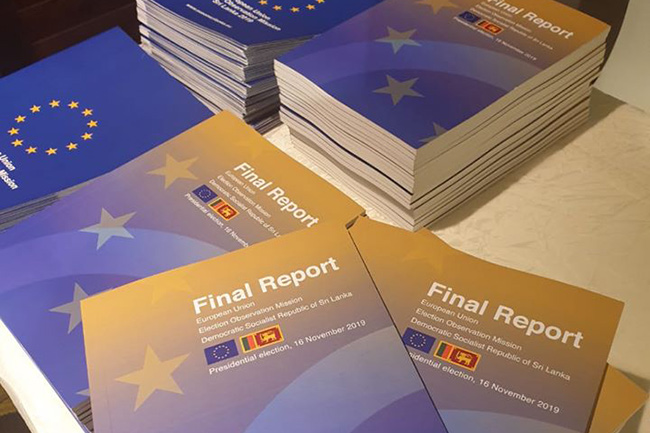 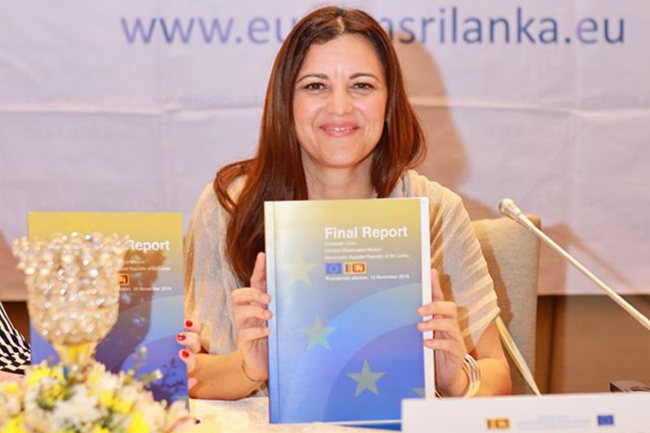 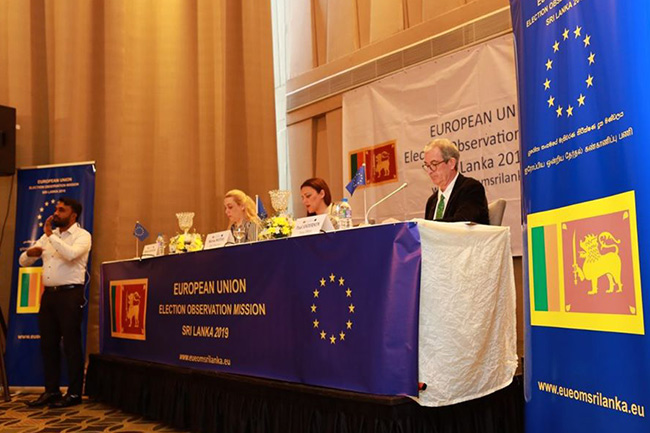 The report was presented by Chief Observer of EU EOM to Sri Lanka, Ms Marisa Matias.

The EU EOM offers 23 recommendations for improving the framework for elections based on its observations, analysis and extensive discussion with a range of national stakeholders. Some of the key areas addressed by the recommendations are the adoption of a law on campaign finance, enactment of legislation to strengthen the capacity and procedures of the Election Commission in line with its constitutional mandate, and revision of the Presidential Elections Act, including revision of campaign regulations to ensure equal campaign opportunities.

Ms Matias said, “An electoral process well managed by the Election Commission and a peaceful campaign on the ground contrasted with divisive rhetoric, hate speech and disinformation in traditional and social media”. She added, “The absence of a law on campaign finance and the biased election coverage by private and state media contributed to an uneven playing field and limited the opportunity for most candidates to convey their message.”

The Chief Observer further noted that enduring gaps and restrictions in legislation need to be addressed in line with Sri Lanka’s international commitments, including the adoption of effective measures to tackle the low level of women’s participation in politics.

The EU EOM was deployed to Sri Lanka from 11 October to 12 December 2019 with 30 long-term and 30 short-term observers from 27 EU member states, Norway and Switzerland.

The EU EOM is independent from any EU institution or member state and is committed to neutrality and to the Declaration of Principles for International Election Observation and the Code of Conduct, as well as to the laws of Sri Lanka.