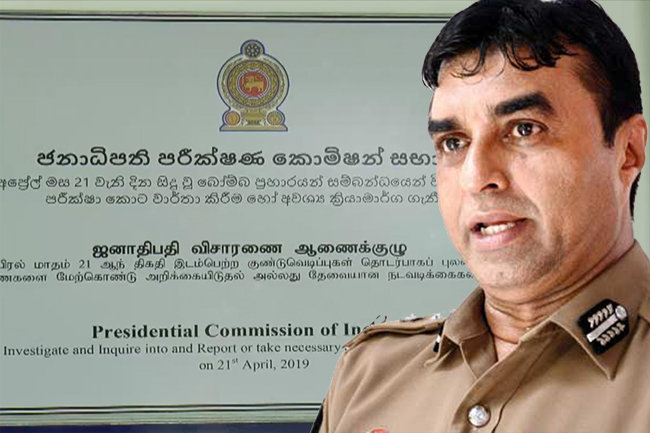 Pujith grilled for nearly 7 hours by PCoI on Easter attacks

Inspector General of Police (IGP) Pujith Jayasundara, who is currently in remand custody, has left the Presidential Commission of Inquiry probing the Easter Sunday terror attacks, after giving his testimony.

Escorted by prison officers, the IGP arrived at the Presidential Commission premises at around 10.00 am this morning (25). Jayasundara recorded a statement with the PCoI for the first time today.

IGP Jayasundara was arrested alongside former Defence Secretary Hemasiri Fernando for allegedly committing a criminal offense by failing to prevent the coordinated terror bombings on Easter Sunday last year, even after receiving forewarnings on the attacks.

When the case against the duo was taken up on Monday (20), the Colombo Additional Magistrate ordered to remand them until February 3.

Salley recorded his statement with the PCoI today for the third consecutive day.