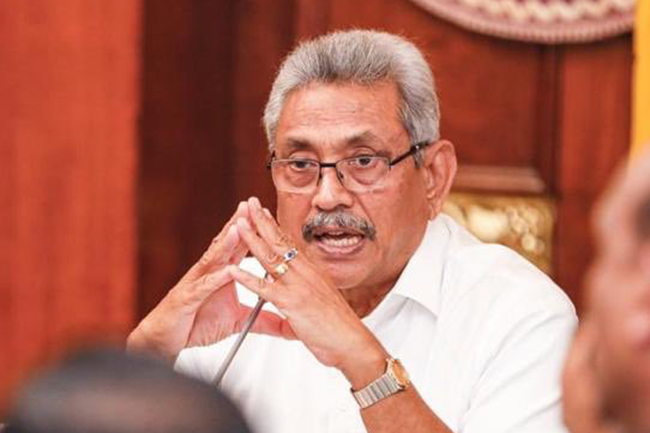 President Gotabaya Rajapaksa has directed the Secretary to Ministry of Foreign Affairs and SriLankan Airlines to take necessary steps to repatriate all Sri Lankan students in Wuhan, China, says the President’s Media Division.

The cost of flight tickets of these students will be borne by the government, the President has said.

Meanwhile, the Embassy of Sri Lanka in Beijing is providing the necessary advice to the Sri Lankan students in Wuhan to protect themselves from infection.

In the event of a necessity for evacuation, the Embassy in consultation with the Ministry of Foreign Relations in Colombo and other agencies of Government is making preparations for the students and their family members numbering 30.

A number of cities in China, including Wuhan - the ‘ground zero’ of the deadly coronavirus, is under lockdown. All bus, metro and ferry services have been suspended, and all outbound planes and trains are cancelled.

The deadly coronavirus, which emerged from the capital of Central China’s Hubei province – Wuhan – has claimed the lives of 41 in China and infected more than 1,300. It has now spread to other countries including the United States, France, Thailand, Japan, South Korea, Vietnam and Taiwan with confirmed cases of coronavirus.

Two women in Sri Lanka were admitted to the Infectious Diseases Hospital (IDH) on suspicion of being infected with the wide-spreading coronavirus. However, it is yet to be confirmed if they are contaminated by the virus. One of the two women is a Sri Lankan medical student who had returned to the island from Wuhan while the other is a young Chinese female touring Sri Lanka.

The World Health Organization has not classed the virus as an “international emergency”, partly because of the low number of overseas cases. “It may yet become one,” said the WHO’s director-general, Dr Tedros Adhanom Ghebreyesus.