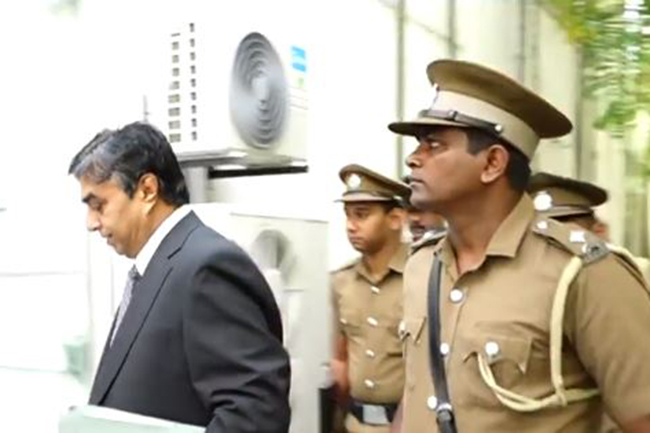 Inspector-General of Police Pujith Jayasundara, testifying before the Presidential Commission of Inquiry (PCoI) probing the Easter Sunday terror attacks today (25), stated that the politicians exert their influence police matters to push their agendas.

Escorted by prison officers, the IGP arrived at the Presidential Commission premises at around 10.00 am this morning (25) to record a statement with the panel for the first time.

The panel has asked Jayasundara if he verbally instructed the Criminal Investigation Department (CID) to launch probes on the day statues of Lord Buddha were vandalize in Mawanella. The IGP, in response, has said that he had given verbal instructions but could not remember the exact date. “I asked DIG Ravi Seneviratne to take over the investigations.”

Responding to a question raised by the panel, the IGP said that former Western Province Governor Azath Salley had called him over the incident pertaining to the incident inMawanella. “Salley said he needs to give details of the two suspects in connection with the Buddha statue vandalization incident.”

According to the IGP, Salley had told him that the two suspects can be handed over via their fathers.

In addition to Salley, then-Minister Kabir Hashim has also contacted the IGP over the incident in Mawanella, the IGP testified.

“At times, politicians exert their influence to push their agenda, with instances of partial conduct by them also common,” the IGP told the Presidential Commission, responding to a question as to whether politicians make queries on the progress of investigations in police matters.