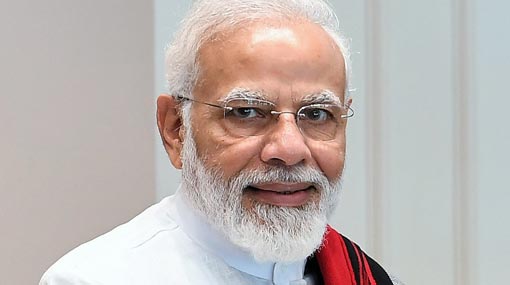 Rajapaksa said he and his wife Shiranthi Rajapaksa participated at the cultural event organized by the Indian High Commission in Colombo on Saturday (25).

He also thanked Maldivian President Ibrahim Mohamed Solih in response to the greetings extended by the President.

“Thank you for the greetings on India’’s #RepublicDay, President @ibusolih. It is a matter of immense delight that friendship between India and Maldives is getting even stronger, benefitting the people of our nations,” he wrote. 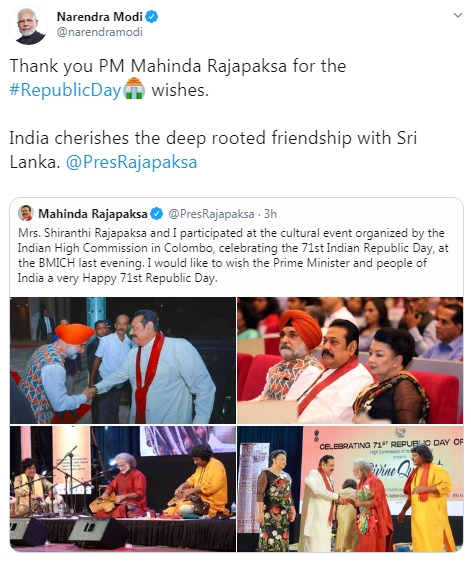