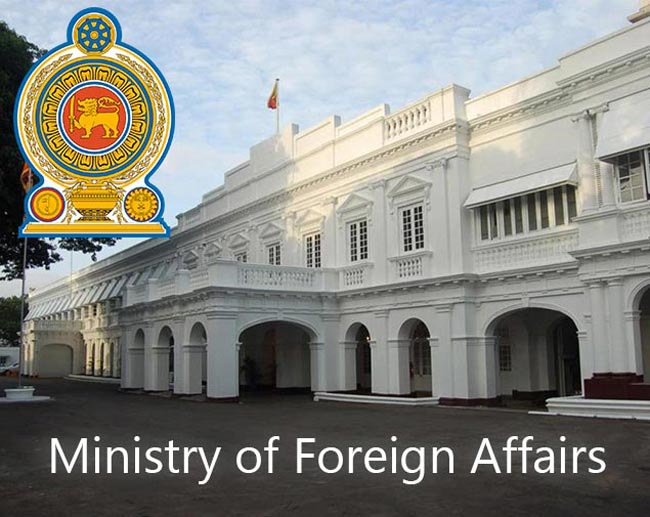 Embassy on 24-hour operation to assist Sri Lankans in China

On the instructions of President Gotabaya Rajapaksa yesterday (25), the Sri Lanka Embassy in Beijing today (26), submitted an application to land a Sri Lankan Airlines aircraft in Wuhan city airport to airlift 32 Sri Lankan students including their family members.

The Embassy is closely following up with the Foreign Ministry of China and Foreign Affairs Office of the Wuhan Province to expedite the process of obtaining clearance for the landing of the aircraft, as soon as they are allowed to travel out of their present locations.

The Ministry, Embassy and Consulate Generals are also working with the Sri Lankan Airlines in seeking to operationalize instructions to bring back all other Sri Lankan students presently in China.

It is estimated that presently approximately 860 students remain in China, spread in various city centres throughout the country, stated the Ministry of Foreign Relations issuing a press release on the current status of the Sri Lankans residing in Wuhan, China.

Meanwhile, the Embassy in Beijing, Consulate Generals in Guangzhou and Shanghai are in constant touch with the Sri Lankan students in Wuhan and other parts of China to provide information with regard to the precautionary measures to be taken to prevent any infection.

Reportedly, the Mission and posts have not received any information on any Sri Lankans infected by the Coronavirus.

In order to provide assistance to the Sri Lankan students and professionals living in China who wish to return to Sri Lanka, the Foreign Relations Ministry in collaboration with its Mission in Beijing and Posts in Shanghai and Guangzhou has secured the immediate application of 50% discount on the airfare of Sri Lankan Airlines for its regular flights operating to Beijing, Shanghai and Guangzhou.

All Sri Lankan citizens who would like to travel to Sri Lanka from China will be able to obtain 50% discount of the marked fare by calling the Sri Lankan Airlines call center on 0094-777771979.

The Mission and the Posts are on a 24-hour operation to provide any assistance for Sri Lankans living in China, their parents and relatives.

The following officers can also be contacted for queries about the Sri Lankans living in China and their relatives.  The officers can be reached on a 24-hour basis on the following numbers:

For information regarding Sri Lankans living in Shanghai, Anhui, Zhejiang, Jiangsu, and Hunan:

For information regarding the Sri Lankans living in Guangdong, Fujian, Hainan, Guangxi, Jiangxi: