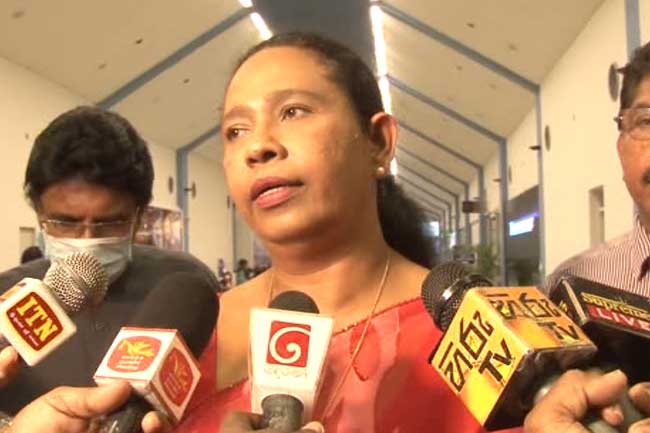 Sri Lanka’s Minister of Health Pavithra Wanniarachchi stated that issuing ‘On Arrival Visa’ has been cancelled for tourists from China with immediate effect.

Speaking to reporters at the Bandaranaike International Airport (BIA) in Katunayake, she said that the decision will be in effect until further notice due to the prevailing situation.

She says this matter was discussed with President Gotabaya Rajapaksa, the committee of specialists appointed by the President and the Controller General of Department of Immigration and Emigration.

Accordingly, visa for Chinese visitors will be issued after careful consideration of the reasons for visa application and the regions where they are arriving from.

The body temperature of the foreigners who arrive at the airport will be screened, the Minister said adding that a special terminal has been set up for the Chinese national who are visiting Sri Lanka.

The first confirmed case of Coronavirus was reported in Sri Lanka yesterday, after a Chinese national admitted at the Infectious Diseases Hospital (IDH) tested positive with the mysterious virus.

The 47-year old woman from Hubei Province in China had reportedly arrived as a tourist with another group of travelers and had been screened at the Bandaranaike International Airport (BIA) for having a high fever.