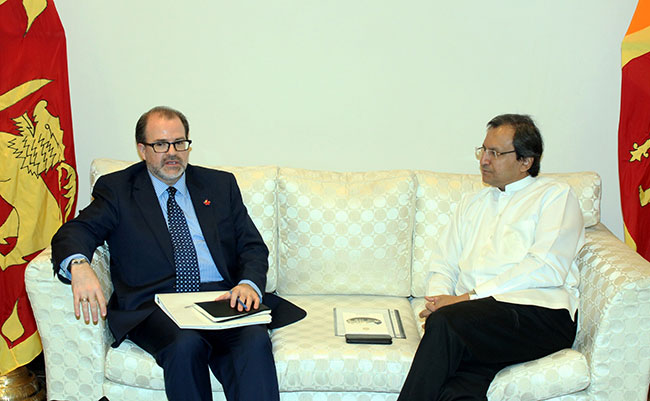 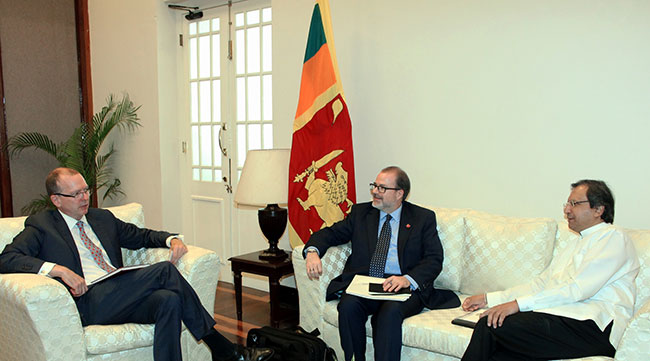 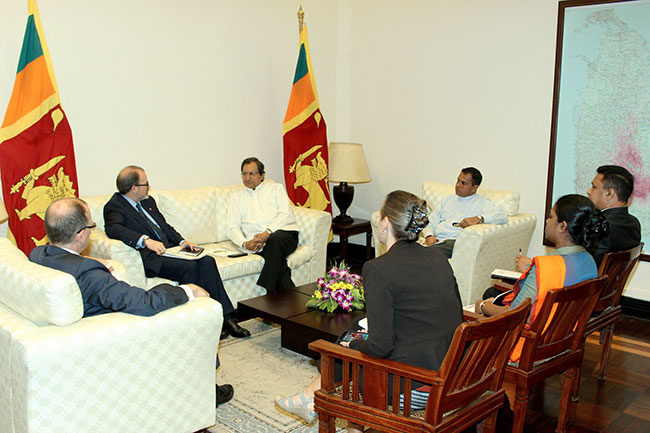 Canada’s Director General for South Asia, Global Affairs, Ambassador David Hartman who is on a bilateral visit to Sri Lanka, has reiterated the strong desire of the Canadian government to move the bilateral relationship forward with Sri Lanka to capitalize on the positive trajectory of Sri Lanka’s relationship with Canada.

At discussions in Colombo between Foreign Secretary Ravinatha Aryasinha and Ambassador Hartman on Monday (27), the two sides agreed to work towards the early finalization of the MoU on Bilateral Consultations which will provide a mechanism for a structured dialogue on the bilateral partnership and will facilitate regular consultations.

While acknowledging the long-term Canadian development assistance as well as contribution towards national language programmes, demining and value chain related initiatives, Foreign Secretary Aryasinha emphasized the necessity to improve economic cooperation with Canada particularly with regard to trade and investment.

Agriculture and vocational training and skills development were also identified as possible areas for further cooperation, the Ministry of Foreign Relations said.

Accordingly, Canada and Sri Lanka have agreed to further intensify the bilateral partnership by building upon the ongoing cooperation as well as broadening the scope of engagement between the two countries.

Ambassador Hartman was joined by Canadian High Commissioner David McKinnon and Deputy High Commissioner of Canada, Ms. Marie-Josée Rhéaume at the meeting, while senior officials of the Ministry of Foreign Relations were associated with Foreign Secretary Mr. Aryasinha.