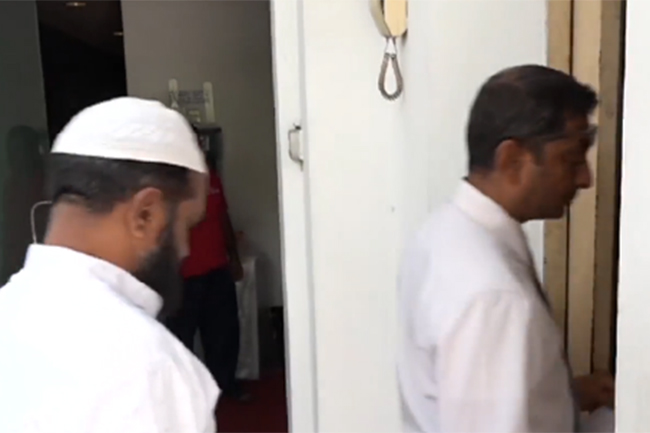 A university that is similar to the Batticaloa Campus has been constructed in Beruwala named as the ‘Jamiah Naleemiah Islamic Institute’  Moulavi Mohamed Salley Mohamed Thaseem said today (28) testifying before the Presidential Commission of Inquiry probing the Easter Sunday terror attacks.

The inquiries of the Presidential Commission were focused on Moulavi Thaseem’s position as the Assistant Secretary to the All Ceylon Muslim Professionals’ Organization and his membership in Jamiyyathul Ulama.

In response to a question raised by the panel on how funds flowed into the Young Muslims’  Association, an association the Moulavi had joined after he returned to the country from his studies in Saudi Arabia, he said the association was locally funded by Alhaaj Ramesh and Alhaaj Rizwi while Saudi Arabia, Kuwait and Dubai were international donors.

He went on to say that the funds were used by the association to conduct classes named ‘Happy Family’ that taught useful skills to youths.

The PCoI then inquired him if the Jamiyyathul Ulama Organization had constructed schools around the country. In response, the Moulavi said the schools are categorized into two groups as Sunday Schools and Madrasahs. He revealed that there were 215 Madrasahs across the island and the Department of Muslim Religious and Cultural Affairs Ministry was aware of the fact.

The panel asked the Moulavi if the Batticaloa Campus constructed by former Minister Hizbullah is the only in existence. The Moulavi responded saying that there is another similar university in Beruwala, which is named as ‘Jamiah Naleemiah Islamic Institute’ that was constructed with the purpose of training Moulavis. The construction has been funded by a person named Naleemiah Jamiah, he revealed.

The Moulavi went on to say that the chairman of the Jamiyyathul Ulama will appear before the Presidential Commission of inquiry to clarify the details.