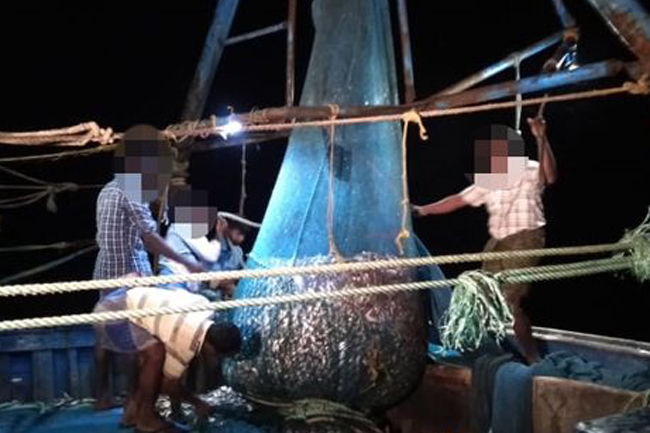 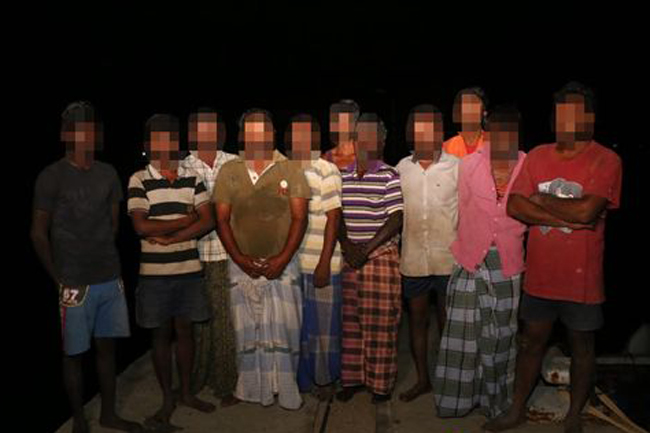 Accordingly, the Navy, during a routine patrol, had seized an Indian fishing trawler poaching in Sri Lankan territorial waters off the Delft Island. The 11 Indian fishermen aboard were also taken into custody.

The apprehended Indian fishermen were escorted to SLNS Elara and they are due to be handed over for onward legal action, after a medical test.

Due to routine patrols conducted by the Navy in island’s waters, the number of Indian fishing vessels that have trespassed the Sri Lankan territorial waters for poaching has comparatively reduced, the Navy said in a release.