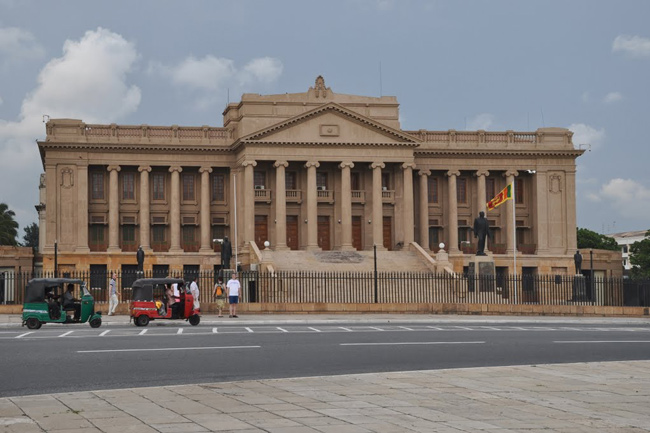 Galle Road closed near Presidential Secretariat due to protests

The Galle Road, in front of the Presidential Secretariat, has been closed off due to several protests, says Ada Derana correspondent.

The protests were launched by the Teachers-Principals Trade Union Joint Committee, The Finance Company (TFC) Depositors Union, and several other parties.

The Teachers-Principals Trade Union Joint Committee’s protest march was focused on the removal of salary anomalies. They had commenced the protest near the Colombo Fort Railway Station and marched towards the Presidential Secretariat.